Ski instructor out of the ordinary

Ski instructor out of the ordinary

Gino started skiing when he was only 2 years old. Gino and his family lived only 12 km away from the biggest Romanian ski resort so he could be on the slope every day. And that is exactly what he did. As his father worked at the lifts, Gino was helping him to open and close the slopes at the beginning and the end of the day. He become a skiing instructor when he was 18 years old, it was obvious thing to do for him. But he didn’t stop there. Three years in row he won the national freestyle competition.

When he was 26 the Romanian hills have become too small for him. He went to discover some bigger mountains to Austria, Italy and Germany. When he was getting ready for his first winter in Chamonix he got an offer to go teach skiing in Lebanon. He is very much adventure spirit, so it was new challenge he could not miss. He was giving one on one ski tuition to the clients from Dubai, Abu Dhabi, Saudi Arrabia, Syria, Irak and Libya. After this experience he came back to Europe and head to Verbier, Switzerland.

From winter 2013 he works for Adrenaline ski and snowboard school Verbier. He does skiing group lessons for adults and kids. When he is teaching skiing he always says to his clients “skiing is like a dancing, you have to find the rhythm”

You may be asking like me “what does he do when it is his day off”? Off course skiing… He is very good in freestyle skiing and he likes to train in the snowpark in Verbier.  He can jump over the black kicker with back and front flip, double back flip and switch back and front flip.

His dream is and always has been, to ski the whole year around, no summer only snow. Start the season in December in Verbier and finish it in November somewhere in the south hemisphere, Australia or New Zealand.

«What an incredible ski school! We had a great time with Adrenaline this week...» 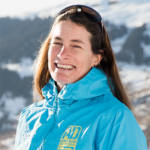 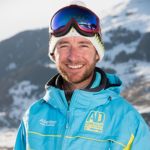 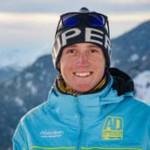